Well, the Bulls didn’t stay nailed to the wall very long.  Nice rebound, but are we really out of the woods and ready for some rainbow stew?  (If you don’t know, it’s an old song about things appearing to be better than they really are.)

The BAMM will host Lee Tanner at our monthly meeting on April 5th with a live feed webinar for BAMM members who are out of the area.  Lee is a phenomenal trader who practices mainline IBD® strategies.  His presentations are always amazing.  You can RSVP at Bay Area Money Makers.

During April the Mid-Week Market Sanity Check Webinars at ActiveTrendTrading.com will provide training on Candlestick Reversal Patterns.  So, for those who are interested in learning more about how to interpret Candlestick Patterns properly, follow up at ActiveTrendTrading.com or drop me an email at dww@activetrendtrading.com.  Lastly, check out my YouTube channel at Market Tech Talk for free updates on the market, observations of stocks setting up for potential trades, and brief Tech Tips.

Please keep those great personal stories flowing, it is awesome to share in each other’s successes!

General Market Observation:   Yippee! The Uptrend has resumed, time to bust out the champagne and get ready for that next leg up!  But—what about those darn distribution days?  There is still a bunch that this new rally has to lug around until they fall off.  The S&P continued to show strength and both the Nasdaq and Russell seemed to jump onboard the rally bus today, but are we really out of the woods?  The first lesson of trading should be, “Don’t argue with the trend, regardless what one’s opinion may be.”  Again, the latest market pullback has been short and shallow, so the pattern continues.  Perma-Bears may speculate that once the bottom falls out it’s going to be really, really bad, but until that trend breaks, stick with the trend.

With both the Nasdaq and Russell pulling back more than either the Dow or the S&P, we’ll see if their momentum continues to build moving forward.  We will see if the small cap stalwarts of growth can push through resistance levels and sprint to new highs.  All indexes are now back above their 50 day moving average, so that’s great news for the longer term uptrend moving forward at least for the short term.  Still some work to do to be totally in the clear from past resistance.

Outs & Ins:   Two new stocks debuted today on the Running List, DORM and TRMB.  TRMB has been on the list in past years.  Price action for the past six weeks has been stuck in a range between $37.70 & $40.17, consolidating for a potential push higher.  DORM just broke out, but its average volume is a bit on the light side, coming in at 338K.

Keep an eye on AMBA because it appears to have found support around $26. If some momentum and volume come back into the price action, it may start working on the right side of a new base.  From the low, back to the high on the left side of the base would be about a 34% move, but there has been no Action Point yet to enter a trade.

I’m currently long QIHU; I like the rebound with volume.  This is one of my core holdings so I’ll sell weekly premium against this position to help reduce cost basis.  I’m watching both ATHM & VRX to see if they can break through the top of the downtrending channel they are currently in.  Additionally, I’m moving ALGN back on to the “Go To” list and waiting for a trade from the bottom of the current consolidation cup it’s putting in.

Overall, I’m breaking the stocks on my lists into three groups, those living below the 50 day SMA as short candidates if the market weakens; stocks at the 50 day SMA and consolidating for potential trades a few days or weeks from now; and stocks pulling back but holding above the 50 for accelerated moves.

Tech Talk:  A little knowledge can be dangerous.  There are times in our trading venture when we learn about a new tool.  We like what it looks like on our charts and we decide to incorporate it in our trading system.  While it’s always a great idea to continuously refine and improve, often traders jump on new gizmos without really understanding the moving parts behind the tool.  I find this especially true regarding candlestick patterns.  I worked with a trader several years back who would take trades based on non-reversal candlestick lines and then routinely get whipsawed out of trades.  They would come to me and say, “Well I saw a doji and knew it was going to reverse.”  Another favorite trade they liked to take was bullish trades on what they called hammers, except the “hammers” were actually hanging men, a bearish signal.  To truly know how to trade with a particular tool requires understanding how the tool works and how it doesn’t work.  Getting to this point is part of the process of turning trading knowledge into trading wisdom.

Comments and opinions written below this line of text may be provocative and only obliquely related to trading.  Some may find these “Off the Wall” comments challenging to their outlook on life.  I will not post any comments made on subject matter below this line to the group, so if you disagree blast away. 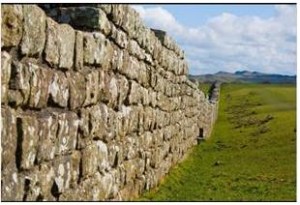 Off the Wall:  Last week someone sent me an interesting article.  The thesis was that there are actually many cures for cancer, but the government doesn’t want to release them because cancer research is such a big business.  I thought, “Hmmm, could this be true?”  What happens if it is true and the same controllers are doing the same thing with other parts of our society?  While I’m not a conspiracy theorist, there have been times in US and world history when those in power have manipulated the populace and invented an altered reality so they could stay in control or line their own pockets.  Makes one at least ponder, are there two realities—the one that most of us believe is real and the one that those in control know is real?  Could it be that many of the so-called problems in our society are never solved, not because there’s not a solution, but because “helping” with those problems is someone’s link to a golden goose of subsidies?

I think about what a big business it is taking care of the poor and underprivileged, and conclude that a lot of people are richly rewarded by making sure we have poor people.  If the poor problem was solved, the helpers would lose out on lucrative government grants or jobs.  Is it in the best interest of those who benefit from running the programs to really win the war on poverty?

In cases like this, perhaps solving the issues is not the ultimate goal of the institutions tasked with solving the issues.  To me this seems to be a convoluted approach, but this type of non-public agenda of the controllers has kept them in control throughout history—regardless how pure their initial intentions for wanting control was.  One of the most frustrating realizations is that we the people have, in many ways, been programmed to accept these two realities.  We buy into the false reality that is fed to us almost 24/7 by the useful idiots and talking heads who litter the airwaves and blogs.  We refuse to be aware of the possibility of the second reality!  One way of looking at the issue is that we like to be lied to, and have been educated to readily accept the false reality.

The good news here is that you are a trader, and have become more aware than most of our fellows.  We have the heart of the explorer and entrepreneur!  We know that there are opportunities to succeed rather than just be a victim of the false realities.  We seek our truth from our charts, one place where real truth still exists.

Share Your Trades:  Many of you have sent me notes regarding the success you are having with the Active Trend Trading System.  Please send you stories to me at dww@activetrendtrading.com so I can share them with our fellow traders.  Plus, if you are considering a trade that appears to be at a proper Action Point, sent that alert also!  Thanks!